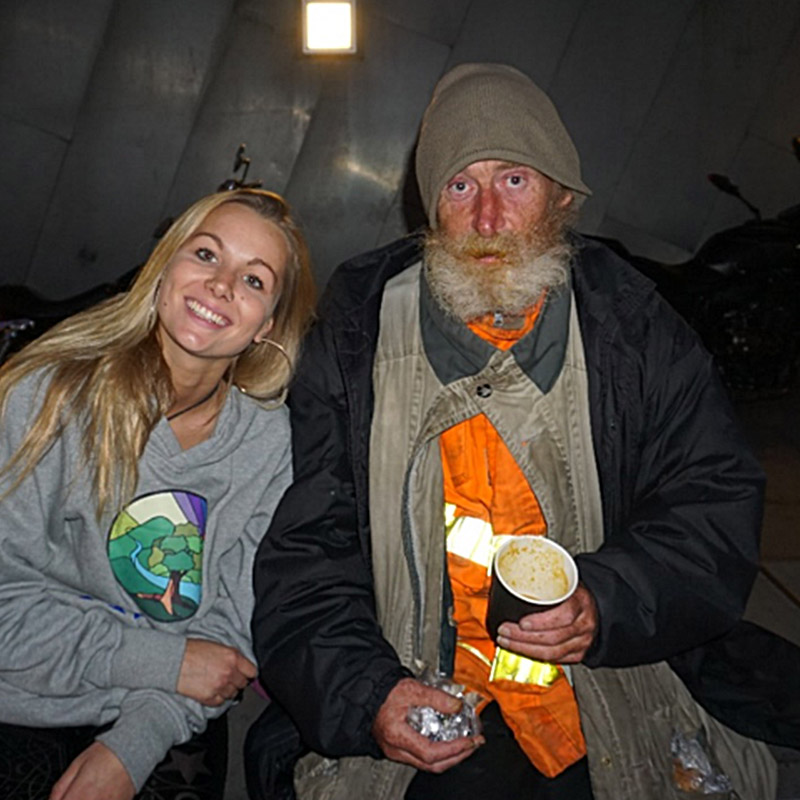 Bernie, 54 years old, has been living on the street on and off for around six to seven years.

“I lose count. Takes a while to work it out.”, he explains.

Bernie used to be employed with a hospitality agency. He was living with one of his two younger disabled sisters at the time. Both were dealing with serious mental health issues, as well as the daily hurdles due to their disabilities.

His life changed tragically with the suicide of not only both his sisters, but also his beloved mother in a short period of time.

“No job, essentially you end up on the street.”, Bernie tells. “And if you don’t have that rental thing going you immediately go into a category of hugely expensive accommodation, like hotels.”, he continues.

From time to time he used to find shelter in a hostel in North Melbourne, which was popular amongst released prisoners. He explains that it was the best accommodation available because of its unusual low prices. However, due to its low hygienic standards, it had to close.

Bernie clarifies that, to survive on the street, you need to be constantly looking for tools.

“So that broken thong you’ve got to be thinking, hang on, can I use that? And when your boots wear out and you’ve got no money you could put it inside your boot and you can keep walking without being barefoot.”