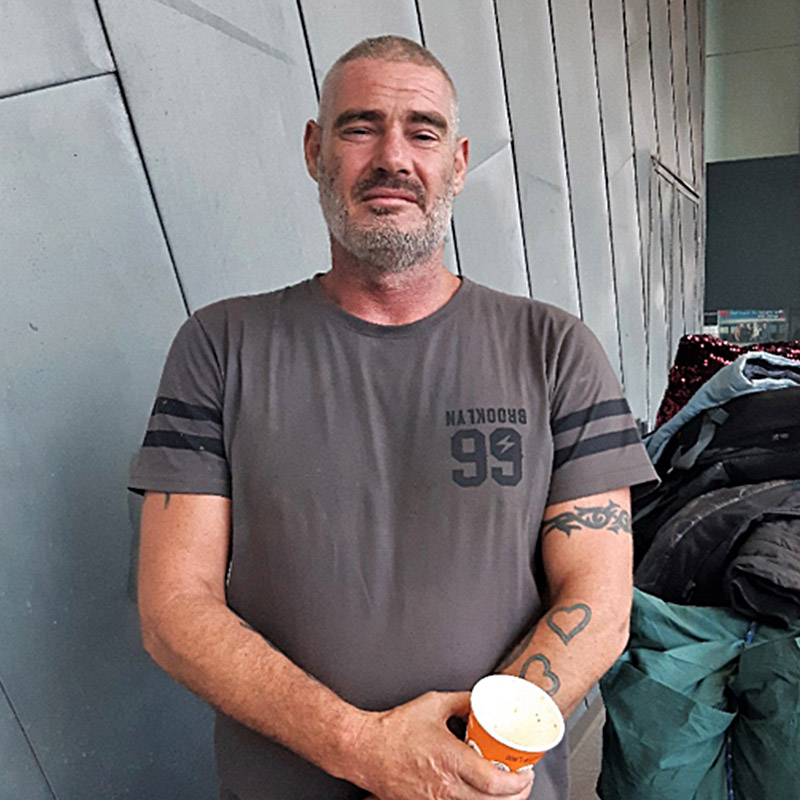 Brad, 44 years of age, is a Melbournian born and bred. Over half his life he has been living on the street. 24 years to be exact.

He used to make a living as a tradesman, sharing an apartment with his girlfriend at the time.

Several crushing strokes of fate, including the loss of his parents and younger brother, changed Brad’s life tragically. Drugs seemed like an easy way to escape this devastating reality. Using substances to forget and feel happier, Brad was quickly caught up in an addiction.

His job as a tradesman did not get him enough income to finance his drug addiction and pay for his place. Not long after his girlfriend left him and moved out, he had to give up their apartment and started sleeping on the street.

At the start, Brad used to stay in homeless shelters from time to time. However, nowadays, he prefers to sleep outside since the shelters fill up very quickly and can be hard to get into.

“There is not much like that. So, you’ve just got to keep your eyes open”, he explains.