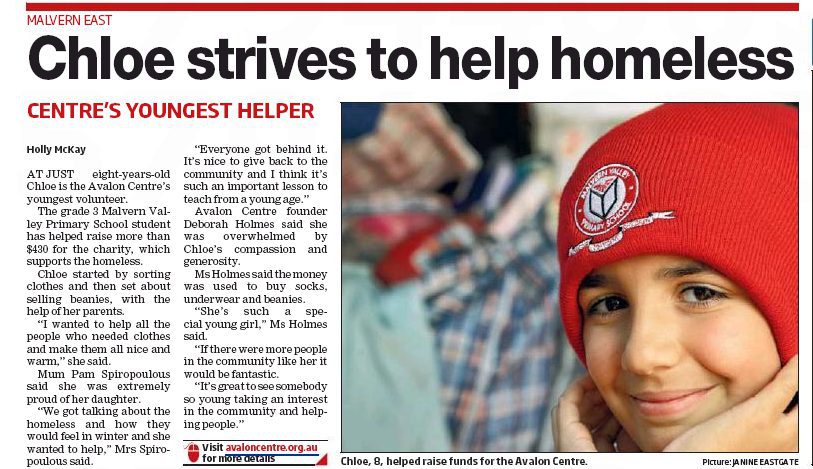 At just eight-years-old Chloe is the Avalon Centre’s youngest volunteer.

The grade 3 Malvern Primary School student has helped raise more than $430 for the charity, which supports the homeless.

Chloe started by sorting clothes and then set about selling beanies with the help of her parents.

“I wanted to help all of the people who needed clothes and make them all nice and warm,” she said.

“Everyone got behind it. It’s nice to give back to the community and I think it’s such an important lesson to teach from a young age.”

Ms Holmes said the money was used to buy socks, underwear and beanies.

“If there were more people in the community like her it would be fantastic.

“It’s great to see somebody so young taking an interest in the community and helping people.”