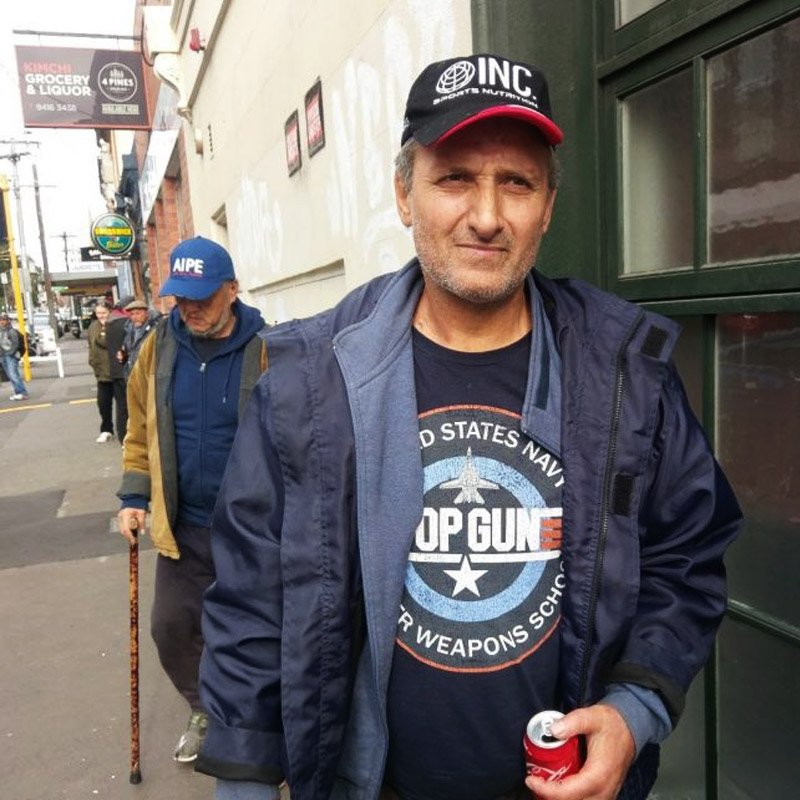 More than anything else, Leo is just tired. He has been in and out of hospitals for the majority of the last few years on the street, on one visit catching golden staph, which did nothing to treat his frustration with the public health system. Having had pneumonia twice last year, Leo knew he wouldn’t make it through another winter – he is relieved to have somewhere to stay with his friend this year.

Fortunately, Leo is still able to receive antibiotics and other medication, but as he has difficulty reading and writing, he needs a Welfare officer to drive him to his doctor’s appointments, and to help him with the dosages. When he was a younger man, Leo had no qualms about a hard day’s work, which bought him a house of his own and everything that comes with it, but lost everything after his divorce.